Required cookies are essential to let you move around the website and use its features, such as accessing secure areas, shopping baskets and online billing. These cookies allow our website to provide services at your request.

Functionality cookies are used to remember the choices you make, e.g. your user name, log in details and language preferences. They also remember any customisations you make to the website to give you enhanced, more personal features.

Targeting cookies collect information about your browsing habits to deliver adverts which are more relevant to you and your interests. They also measure the effectiveness of advertising campaigns.

Save Settings
Accept All

This site uses cookies and related technologies for site operation, analytics and third party advertising purposes as described in our Privacy and Data Processing Policy. You may choose to consent to our use of these technologies, or further manage your preferences. To opt-out of sharing with third parties information related to these technologies, select "Manage Settings" or submit a Do Not Sell My Personal Information request.

We are delighted to confirm that will open the brand-new Audi terminal at Ballybrit this September, after an investment of €5 million.

Connolly Motor Group will open its new state-of-the-art Audi Terminal Showrooms in Ballybrit, Galway in the next few weeks.

The finishing touches are being put to the ultra-modern dealership, increasing the number employed by the Connolly Motor Group to more than 200 – with 35 of those full-time jobs located at Galway.

Work on the new €5 million state-of-the-art dealership began just before Christmas last year and is now set to open in the coming weeks.

The new ‘Audi Terminal’ is just a stone’s throw from Connollys’ former Audi Galway dealership at the Briarhill Business Park, close to the Galway Racecourse in Ballybrit.

Finished to the highest spec with the most up-to-date technology, the 23,000 sq. ft. car retail facility will be based around Audi’s newest design concept.

It will be one of the most modern facilities in the country and includes the most up-to-date technology for electric vehicles with multiple power points.

The facility will also have showrooms with space to display up to 15 cars, along with 180 outside car spaces. It will also house a 12-bay fully Diagnostic workshop and a 5-bay valet building. It will also feature a new Video Studio turntable, which will create video clips of all stock for potential customers to view.

Connolly Motor Group co-owner Kevin Connolly said: “We are delighted to be opening our new Audi Terminal dealership which will be our new home – at the same address. It is very exciting to see the finishing touches being made to the dealership and we hope to have the doors open for our Galway customers within the next three weeks.” 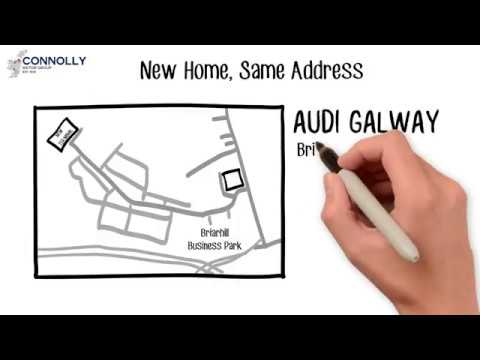 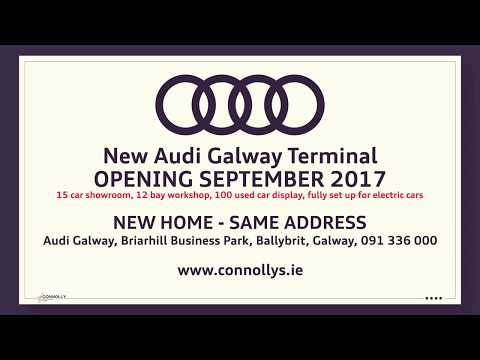